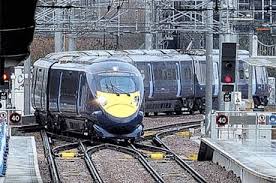 Why is it important

The Economic Partnership Agreement (EPA) between the EU and Japan entered into force on 1 February 2019. Businesses across Europe can now avail themselves of the opportunities offered by the largest open trade zone in the world, home to 635 million people and almost a third of the world’s Gross Domestic Product. Businesses that understand the trade rules of the EPA can increase profitability by bringing their goods and services to Japanese markets at more competitive prices and conditions, while protecting, where relevant, their intellectual property rights. They can also predict future trade opportunities and organize their marketing strategy accordingly, ahead of their competitors. Trade rules may also provide avenues for less competitive businesses to protect their position on domestic markets.

Japan is the EU’s second biggest trading partner in Asia after China, and the 6th most important trading partner worldwide. Currently, the EU exports to Japan €58 billion in goods and €28 billion in services. The total volume of exports is likely to increase with the full implementation of the EPA, which will increase this volume of trade and thus create substantial business opportunities for companies with a clear understanding of the features of the new trade agreement.

The EPA offers new opportunities for European companies in the Public Procurement sector in Japan.

Although Japan is part of the Agreement on Public Procurement (GPA) in the context of the World Trade Organization (WTO), the agreement between the European Union and Japan expands the scope of application of the access regime of EU companies to the Japanese market and introduces specific provisions aimed at making this access regime effective.

In particular, principles aimed at facilitating qualifications and certifications of competitors are introduced, commitment to enforce clear technical requirements, as well as the principle of a single internet access point freely available to interested competitors. As for the qualification, EPA states that the qualifications required can be proven through experience acquired outside Japan.

The market penetration strategy will have to be aligned, in addition to commercial convenience, to the persistent obstacle posed by linguistic aspects and on the need to prepare preventive documentation and certifications in order to compete successfully and above all to perform in an effective manner.

Impact on the Railway Industry

The railway sector is one of the main areas for new market opportunities following the entry into force of the agreement between the European Union and Japan, as the Agreement on Public Procurement in force within the WTO did not apply to the procurement of rolling stocks under the so-called Operational Safety Clause (OSC) which constituted a non-tariff barrier.

It is hoped that the introduction of the aforementioned principle will encourage privatized operators, not directly subject to the EPA rules, to apply a code of conduct that ensures fair and non-discriminatory treatment for European suppliers in the assignment of the respective contracts.